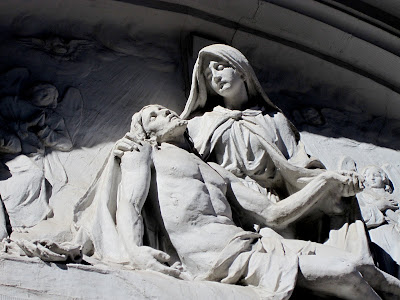 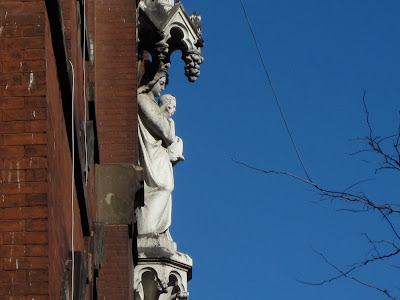 'Then I said, “Woe is me, I am doomed!
For I am a man of unclean lips,
living among a people of unclean lips;
yet my eyes have seen the King, the LORD of hosts!”
Then one of the seraphim flew to me,
holding an ember that he had taken with tongs from the altar.

He touched my mouth with it, and said,
“See, now that this has touched your lips,
your wickedness is removed, your sin purged.”

How was it, the burning ember, cleansing body and soul, purging sin? To taste the sun. To live again. Absolution. Rebirth. Salvation. 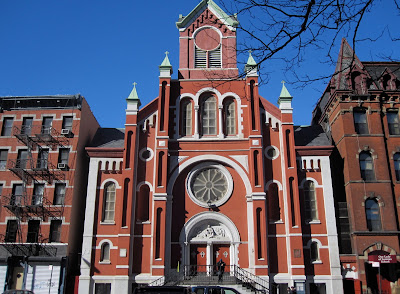 Our Lady of Sorrows is a welcoming parish. I discovered this as I wandered into the 11:30am Mass today.

The light level in the church is bright and that brightness feels good as one enters and sits amidst a very nice group of people. The design of the church is spacious, inviting.

"The Church of Our Lady of Sorrows was established in 1867 by the Capuchins. Located on Pitt Street in the area once known as Kleindeutschland (Little Germany), the church served as a national parish for the many thousands of German families who arrived in New York in great numbers after 1848. The church was built from 1867-68 to designs by Henry Engelbert—who combined Victorian, Byzantine and Romanesque styles—and was dedicated by Archbishop McCLoskey on September 6, 1868. By the early 1910s, the Germans had moved uptown and in their place were throngs of newly-arrived Italian immigrants. Still later, the Italians moved out and the area demographic became largely Hispanic. By 2000, masses were offered in Spanish and English, and the church is also known as Nuestra Señora de los Dolores." (from nycago.org, http://www.nycago.org/Organs/NYC/html/OurLadySorrows.html) 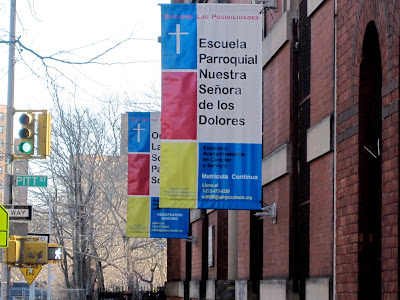 Unfortunately much of the art on the walls, ceiling and on the altar are in serious need of renovation as they have, over the years, lost their color and contrast. They are now dark images where a visitor can barely make out the iconography behind them, the stories of faith, forgiveness, new life. 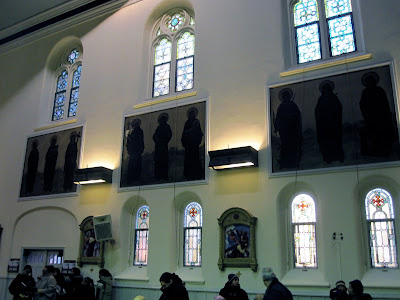 I, in my own way, am about to begin a very new life for myself. I have decided to leave my current job, that has lately caused me such grief and aggravation. I will soon begin working in a field I desire to be in more and feel I am much better suited toward. Prayers have been answered, God has granted me many gifts. This new position is such a blessing, a gift dropped into my lap. I am grateful.

My girlfriend has moved here - another gift. She is here now in this beautiful and terrible city, this monstrous metropolis, awesome Gotham. I want her so much to enjoy this city, to see it for all its beauty as I often have. I know her transition here will be difficult, and the adjustment to a new life in New York will be tough. I pray for her that her life here is good, and for me that I can be good to her and be all the things she needs me to be.

I just want to be one of the good ones. But I fall. And sin. Again and again. 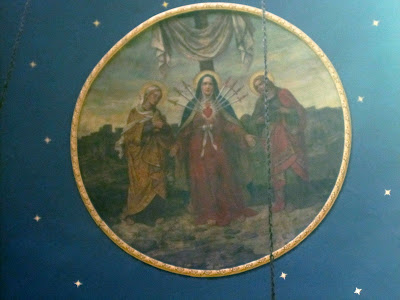 After church this week the celebrating priest, Fr. Michael, greeted me and shook my hand. Before I had much of a chance to think about it, I asked him if there was any confession offered at the time. He graciously offered to hear my confession right then and there. It has probably been over a year since the last time I went to confession, and with all these new things happening in my life, I really wanted and needed absolution, a clean slate, a fresh start.

A cynical person might say that an organized religion such as the Catholic church has cornered the market on sin, offering forgiveness and salvation to those who willingly come and ask for it, and taking in the process their loyalty, numbers, and money. That these followers are looking for a salve against a very human and natural and common trait - sin. That sin is something we are destined (and predestined) to do because it is in our genetic makeup, our biology, our weak will - and that the church takes advantage of these very normal traits to gain followers.

But I am not cynical, I am a sinner. 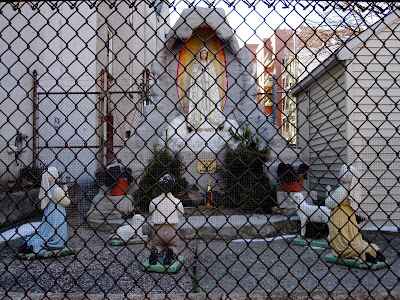 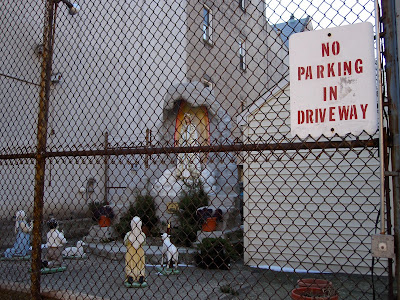 Posted by Andrew the Sinner at 3:08 PM