31. Church of the Nativity (CLOSED) 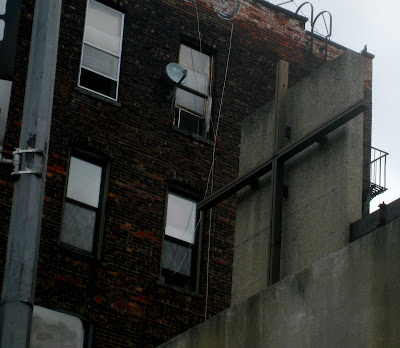 The most important lesson I have learned about Christianity in the last few months is that of forgiveness. Now, of course, growing up a cradle Catholic I have always been aware of the forgiveness aspect of Catholicism and Christianity, but only recently have come to realize the great importance of it. 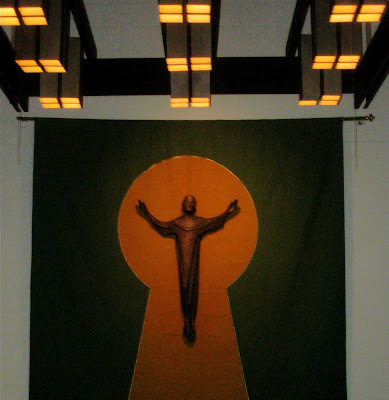 Attending regular confession over the last 2 months (and planning on continuing this once a month) has helped me to maintain focus on this forgiveness element. Christ forgives all the wrong I commit as long as I admit I have done wrong and plan not to continue on the sinful path. And of course this is extremely difficult to do - we are all sinful creatures - but admitting it, reflecting on it and praying about it helps in healing these rifts we create between ourselves and God. Confession acts as a reminder as well of the importance of forgiveness and that I should always forgive others in my life if they do me any wrong or harm. I should never harbor any ill will.

I was recently confirmed - a step on my "path" which I am very happy to have taken at this point in my life. I feel I now understand many things about the Church and my faith that before I was somewhat blind to. As I stood near the altar and the Bishop blessed me with the holy Chrism, rubbing it into my forehead and saying a prayer I was suddenly removed from the church we were in - the background of the building, the candles, statues, everything just kind of dropped away and I felt like I was outside in some green pasture on the side of a slowly rising mountain and it was all surreal for a moment. And then it was over and I went back to the pew with my sponsor and back to my life - but with a new name and a new commitment to my faith. 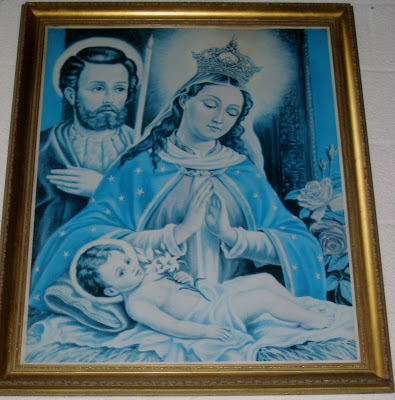 Now, I have taken the whole Confirmation process and sacrament very seriously this time around and felt that it would herald a change in my life. Within the very week I was confirmed however, I have immediately turned around and began sinning again - as if I have no control over my actions or, if I do, maintain no will power to do better than I am doing. And that is when I began thinking deeply about forgiveness. We are all imperfect and it is better that we are sinful with intentions of improvement attending Mass and being part of this community rather than sinning and not attending.
- - - 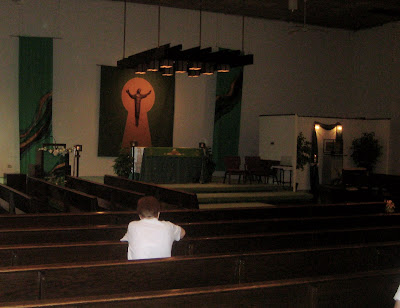 The Church of the Nativity on the Lower East Side is a smaller very modern building. It seems very simple - yet the community is incredibly welcoming. The priest at today's 12pm Mass gave a fantastic sermon (as I'm certain happens every week), the music was good and it just felt simple and right to be there. Of course, with the ever growing heat we are experiencing in this city it was muggy and sweaty, but never mind that.

If you are staying nearby this church (very close to the 2nd avenue F and V subway stop) you should absolutely attend. I must say this church experience was slightly strange, a little bit weird. Church of the Nativity is not as eloquent as some of the other churches in Manhattan I have visited. The formality and sacredness of the Mass is all very much there - and truly that is all that is important - the validity of the sacraments, that and that they are all so welcoming - but, the organization and the church itself doesn't appear to a visitor as well kept as, say, some of those crazy big East side churches. Of course, one has to assume, that many of those East side churches have a lot more cash flow than a lot of the others. The decor' of the church wasn't overwhelming; the musicians were a little bit off (they were new, it was their first day playing in a church environment) so understandably so. All in all I was glad to be there though. I love visiting a new environment myself each week - it reminds one of all the similarities these places have in common despite the differences in location, congregation and capitol. I like them all - from the most elegent, to the least formal; from uptown to downtown; very devout and orthodox to the more liberal ones - it is an honor to be welcomed to all these holy places.

Later on in the day, my roommate dragged me along to the Williamsburg Renegade Craft Fair that took place at the McCarren Park Pool. It turned out to be really great being and I was happy I had come. Suddenly walking around the booths a calmness fell over me, as if someone was praying for me or the general overall good energy of the people at the craft fair soaked into me.

I needed that calm because I just feel so desperate and worried lately. I'm uncertain about my career and what to do with it (and sometimes trying to ascertain if I even have one!) Finanical issues, love, unhappiness - everything is plaguing me lately and I don't know where to turn. I have become obsessed with this blogging effort and visting these churches - it too gives me calm each week when I enter these houses of God, but shortly after I leave, the despondence sets in and grows ever more and more. 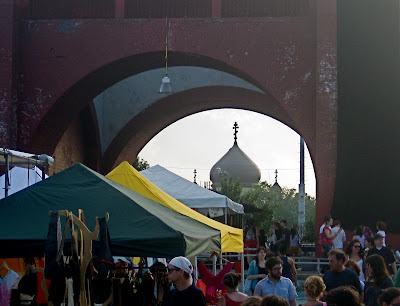 View from McCarren Park Pool
Posted by Andrew the Sinner at 9:53 PM